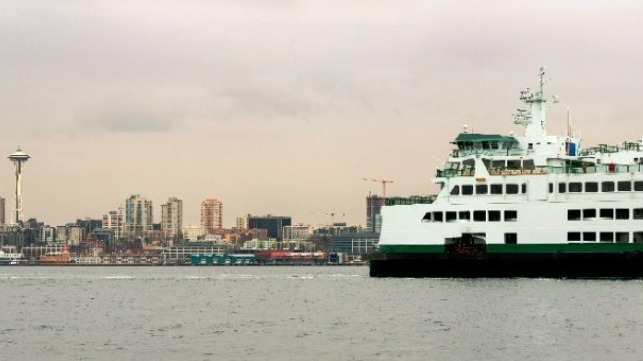 Hybrid Propulsion Solutions Leading the Way to a Zero-Carbon Future

When battery-hybrid power first arrived in the maritime industry in the early 2010s, it was billed as a great way to make diesel ferries and workboats more fuel-efficient. The value proposition was straightforward with fuel savings of 10-20 percent, depending on the application.

That’s still an important advantage, but hybrid power has turned out to be much more than an efficiency-booster for existing technology. For the evolution beyond diesel, hybrid is an essential tool for electrification, fuel cell power and the transition to zero-carbon shipping.

Battery-hybrid propulsion is ideal for stop-and-go operating cycles, and ferries are strong candidates.

Ferry operators in Europe, North America and Asia have been testing and deploying hybrid propulsion systems for nearly a decade, beginning with the Scottish ro/pax ferry Hallaig in 2013. The technology has caught on for passenger vessels of all sizes, all the way up to the 3,200-dwt Color Hybrid, a ro/pax ferry operated by Color Line between Norway and Sweden.

Scandinavian ferry operators led the way, but the North Americans are quickly catching up. Washington State Ferries has plans to use plug-in hybrid vessels on most routes by 2040, and the state has ordered a series of new battery-hybrid ferries from Vigor Industrial with power systems provided by ABB. It’s also converting one of its largest existing ferries from diesel-electric to battery-hybrid with financial support from the U.S. Maritime Administration.

Casco Bay Lines, a non-profit ferry operator in Portland, Maine, recently finalized the design for a new battery-hybrid ferry for its route to Peaks Island, a small community just east of the downtown waterfront. The current ferry is nearing the end of its useful commercial life, and the operator worked with Elliott Bay Design Group (EBDG) on the best option for a replacement. They picked a plug-in hybrid propulsion system that will charge up while at the pier on the Portland side of the route.

Ferries are ideal for plug-in hybrid technology, according to EBDG principal John Waterhouse, the longtime dean of American ferry design. These vessels have a predictable duty cycle, and their regular routes and fixed terminals are perfect for installing charging infrastructure.

“Hybrid is well past the early adopter stage for ferry applications, and we owe thanks to our friends over in Norway who have taken the lead in developing and deploying it," says Waterhouse. "Operators can think of this as a mature technology and a viable option for their fleets. Perhaps the real question is whether you want to be the last adopter.”

According to the Getting to Zero Coalition, domestic vessels like ferries, tugs and OSVs have an important early role in the effort to reduce shipping's carbon emissions.

Cutting domestic vessel emissions by just 15 percent could reduce the entire shipping industry's greenhouse gas footprint by three percent by 2030. That may not sound like much, but the coalition says early steps (even small ones) are essential to get the process of decarbonization started.

Hybrid propulsion is a great option for these vessel classes, and it’s a bigger step than one might think towards getting to zero. Any hybrid vessel has a big battery pack, and if that pack is big enough the vessel can be converted to run all-electric with a diesel engine as ballast. “You can order a hybrid vessel today and it will reduce your fuel consumption immediately,” Waterhouse explains. “Then you can build shoreside charging infrastructure and run the same vessel on plug-in electric power in the future."

For Casco Bay Lines’ new plug-in hybrid, grid power will be the primary energy supply from day one, blurring the line between battery-hybrid and battery-electric. “They intend to operate almost 100 percent of the time on batteries,” says Bruce Strupp, Senior Account Manager with ABB Marine & Ports, the systems integrator for the Casco Bay project. “They do have generator sets on board in case they lose power at the dock or need to go to a shipyard.”

On routes that are tough to electrify because of their length or limited grid capacity, hydrogen fuel cells may have an important edge over battery-electric designs. The higher energy density of hydrogen fuel means the designer can fit more of it on board for a long trip. However, fuel cells have a drawback: It takes a while to move the throttle, particularly for the solid-oxide fuel cells that work well with ammonia and other hydrogen-based fuels.

A battery pack can smooth over that throttle lag by delivering power instantly when it's needed for maneuvering, giving the fuel cell time to catch up. With this synergy between battery power and fuel cell power, today’s battery-hybrid vessels are great candidates for a fuel cell retrofit down the road, and many are being designed with this upgrade in mind. Stay tuned, says Strupp, as fuel cells will likely be an accessible commercial option within the next five years.

In the offshore wind vessel sector, the charterers are wind farm developers, and they work every day on decarbonizing the world’s power supply. So it’s no surprise they’re actively interested in decarbonizing their own supply chain including their service vessel fleets. As a transition solution, battery-hybrid propulsion fits that need well: The engines give enough range for transits to and from the site, and stored battery power can be used for station-keeping and loitering, saving fuel and reducing wear and tear.

Its new crew transfer vessel (CTV) CWind Pioneer combines a hybrid powertrain with the design of a surface effect ship (SES), a hovercraft built with catamaran hulls instead of a rubber skirt. CWind Pioneer looks like a standard catamaran at first glance, but when her electric lift fan turns on she rises up out of the water for a cruising speed of 40-plus knots.

CWind Pioneer is the only SES vessel in the world with a hybrid powerplant, and Global Marine Group CEO Ian Douglas says that a hybrid-SES combination is ideal for offshore wind: “The vessel can operate at slow speed on and off cushion using only the battery, which is a game-changer for emissions reduction when waiting for wind tower technicians offshore. We no longer have idling engines, nor do we incur the maintenance challenges of engines working at low power. The results have been extremely positive. What’s not to like about a CTV that goes more than 40 knots using less fuel than a conventional vessel?”

The extra speed and fuel economy translate into increased operational range, and CWind hopes that vessels like CWind Pioneer will be able to compete head-to-head with larger and costlier service operation vessels (SOVs), which are the industry standard for sites far from shore. Hybrid power is making big inroads with SOV operators as well. The Wilhelmsen/Østensjø-owned company Edda Wind has ordered a fleet of six hybrid-powered SOVs with plans to convert them to hydrogen power down the road.

In the budding U.S. offshore wind segment, a shipbuilding boom is just starting, and rumors suggest that hybrid power may become something of a standard feature. With an expected market size of 200-plus vessels of all sizes, it’s a rare opportunity to bake new technology into an entire fleet. “I think with these new offshore wind support vessels,” says ABB’s Strupp, “you'll see some form of hybridization and energy storage on every single one.”

Jacksonville-based Crowley Maritime is one of the most active U.S. shipowners in this sector, and it’s seeing soaring interest from wind farm developers for hybrid options. “On every request for proposal that we see for an offshore wind vessel, the developer wants to understand how we’re going to reduce emissions, including options for hybrid, battery and fuel cell power," says Coulston Van Gundy, Director of Commercial Operations. “They’re looking to future-proof as much as they can with containerized or modular solutions that can be changed out later on as technology evolves.”

While offshore oil and gas has been a quiet sector for newbuilding the last few years, the OSV market has been receptive to battery-hybrid retrofits, and hybrid power is ideally suited to the cyclical operations of an offshore vessel. Energy stored up during a transit can be used for maneuvering or station-keeping, reducing the amount of time that the engines have to run on low load – their least efficient and highest-wear running condition.

Tugs present more challenges when it comes to the space and cooling requirements for batteries, but hybrid solutions are in operation on several larger tugboats today – many of them designed by the tug experts at Robert Allan Ltd. – and interest is growing. In the U.S. tugboat market, “hybrid” can also mean a vessel with a diesel main engine, diesel generators and an electric-assisted final drive.

Examples include the Rolls-Royce-powered harbor tug Delta Theresa, the Cat-powered harbor tug Ralph and the Canal Marine-designed tug Michigan. Though not fitted with batteries, all three are designed to use the most efficient combination of engines for the task at hand, reducing fuel consumption and maintenance costs in the process.

“Hybrid” has an evolving significance, but it’s playing an essential role in getting to zero emissions – a role that looks set to grow as green power goes mainstream. If there’s a flexible transition technology for vessels on the working waterfront, this might just be it.

The takeaway for owners? “Don’t be afraid to consider it, and ask lots of questions,” says EBDG’s Waterhouse. “That’s how you can adjust the vessel design and the operation to fit together.” – MarEx

When battery-hybrid power first arrived in the maritime industry in the early 2010s, it was billed as a great way to make diesel ferries and workboats more fuel-efficient. The value proposition was straightforward with fuel savings of 10-20 percent, depending on the application. 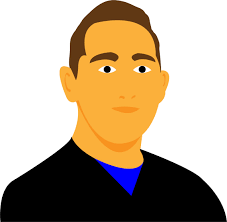